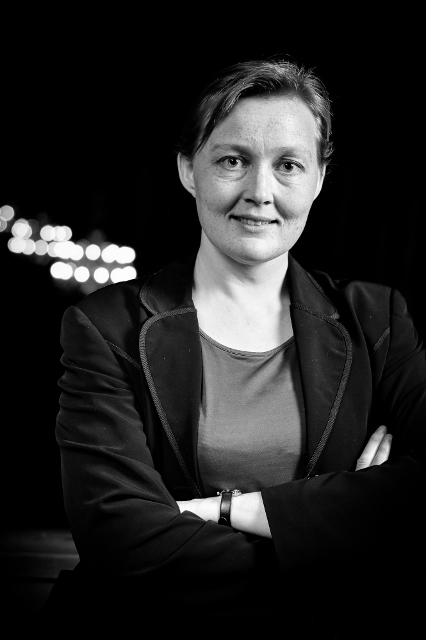 Merethe Lammert Køhl Hansen was born in Kalundborg on the 17th March 1977 and grew up in a village called Jorløse nearby. When she was 7 years old, she began to play the piano with Ebbe Munk, a jazz pianist but her real love was for classical music. Therefore, in 1989, she changed the piano for the organ and started at the church music school in Kalundborg, at that time called Løgumkloster Kirkemusikskole. She was taught by Margrethe Østergaard, former organist in Vor Frue Kirke (Church of our Lady) in Kalundborg.

In 1991 Merethe was admitted at the Præliminære Organistuddannelse (PO) at Løgumkloster, now Sjællands Kirkemusikskole and studied there with Margrethe Østergaard (organ), Per Enevold (choirmaster) and Helge Flemming Pedersen (theory) until taking her examination in 1994 in the church of Bagsværd. After the exam, she studied organ for 1½ years while she finished her gymnasium education in Kalundborg 1996.

She graduated with a diploma in June 2002 in the Church of the Holy Spirit in Copenhagen.

In the school year 2000-2001 Merethe studied in Paris with Professor Susan Landale (organ) and Professor Naji Hakim (improvisation) and was at the same time organist in the Danish Church in Paris. When she returned home, the position as organist in Vor Frue Kirke (the Church of Our Lady) in Kalundborg was temporarily vacant, and Merethe attended this job while finishing the last year of her education in Copenhagen.

Afterwards Merethe became permanently employed as organist in Vor Frue Kirke (the Church of Our Lady) in Kalundborg the 1st September 2002.

As a finale to a great Easter 2003 project among the churches of Kalundborg, Merethe performed Handel's Messiah parts II-III as the conductor for an ad hoc choir, Jysk Consort and professional soloists. In the same year, Merethe was attending a class for conductors at the Royal Academy of Music in Copenhagen with professor Dan-Olof Stenlund.

In 2004, Merethe became choirmaster of Vestsjællands Kammerkor and the same year, performed the complete Handel's Messiah with Jysk Consort and professional soloists in two concerts, one in Kalundborg another in Ringsted.

On the 1st October 2006 Merethe was employed as organist in Sorø Klosterkirke and at the same time was appointed to artistic leader of Sorø International Festival of Music and in a period also choirmaster of Chorus Soranus.

The project of 2007 was Requiem og Duruflé with Vestsjællands Kammerkor, Chorus Soranus and Torun Symphony orchestra.

In 2012, Merethe founded Sorø Boy´s Choir, which is builded up of 3 choirs, a choir school with boys 9-10 years old, a boy' s choir from 10 years until the voice goes deep and a men's choir.

Studied 2012-2015 at the Academy of Childrens Choir with Pia Boysen and Margrete Enevold. Afterwards Merethe teaches in the basic course of the same academy as well as technical skill in conducting at the Childrens Choir Academy.

In addition, Merethe has played concerts, both as an organ soloist and chamber music with flutes, violins, trumpets, orchestra, choirs and vocal.